TU Blog: Calling In the Call Out Culture With Loretta Ross 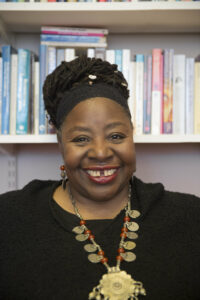 We recently had the privilege of interviewing activist, professor, feminist and warrior of reproductive justice and human rights Loretta J. Ross. We are excited to bring you the highlights of that interview below.  Loretta is a master of a kind yet powerfully effective confrontation and advocacy.  In this episode she teaches about becoming an effective advocate for change by utilizing compassion and self-forgiveness to call in rather than call out others and provides her process called the Five C Continuum for doing so.

Listen to her podcast episode here!

We live in a world where calling people out is a commonplace occurrence. We want people to be accountable for their actions. The intention behind calling others out is often coming from a place of wanting to do the right thing, but the way we go about it is completely ineffective and hurtful.  The key to holding others accountable is about making different choices in how we pursue that accountability.

A Shift in Perspective

When we want to do the right thing and feel the sense of urgency behind it but lack the tools to do it responsibly, we create this internal conflict where the sense of personal responsibility to right the wrongs of the world sits directly on our shoulders. This is particularly true when it comes to young people.  Loretta calls this the place where radical consciousness meets useful eagerness.  We must stop imagining that we, as individuals are the entire chain of freedom. The chain of freedom stretches backward towards all of our ancestors and forward into our descendants. So, our whole job is to be in the chain and simply make sure that the chain doesn't break at us. When we shift this perspective, we can then begin the process of learning how to create change effectively.

It Begins with Self-forgiveness

Perfectionism. This is a struggle that young people deal with constantly that has created this self-critical mindset that lends itself to being hyper-critical of others.  The antidote to perfectionism is self-forgiveness.  When we learn to accept ourselves as works in progress and that mistakes are opportunities for learning and not the end of the world, we are able to offer that same compassion and grace to others.

“What’s going on with you will dictate how you choose to call somebody in or out. If you're in a sufficiently healed enough place, then you're going to be in a space that is more predisposed to offer grace and respect and forgiveness to others. But if you are bleeding from your own emotional wounds, calling in or calling out will really only result in your bleeding all over the other person. Even if you don't mean to.”

Safety is an Illusion

Loretta’s view of safety as a teacher and mentor is quite interesting.  She says she doesn’t actually believe in safety because she has never really been safe nor has she ever met anyone who is actually safe and comfortable, no matter what their background and current life experiences are.  She says that “safety and comfort are privileged too much as a way to keep people from dealing with the reality of things as they are versus how you'd like them to be.” The reality is that we are neither safe nor comfortable, so we can hide from reality or become educated about it because we are far more resilient than we know. Making mistakes feels unsafe. This mindset allows us to have the freedom to accept and own our mistakes rather than being afraid of and hiding.  It allows us to accept being human and allows us to have options in how we respond rather than feel boxed in by feeling like we need to immediately react.

The Five C Continuum to the Calling In Process

This is publicly shaming people for something they have done or said that we feel needs to be challenged or they need to be held accountable for.

The ultimate call-out is cancellation where the goal is to get someone fired or de-platformed or punished in a very severe way for something we think they've done wrong.

This is where we are choosing to pursue accountability, but instead of using anger, shaming, and blaming, we use love and respect and grace as our method of choice.

Calling On is a concept created by Sonya Renee Taylor that means calling on people to do better and to be better.  It is neither calling someone in nor calling them out, both of which require an investment of time. An example of this is looking a person straight in the eye and just saying “I beg your pardon”, and then just wait for them to figure out what they said that evokes that reaction.

We get to decide whether or not to pursue the conversation. We don't have to engage either online or in person. We could call it off temporarily, like saying, “I don't have the bandwidth to deal with this right now. Can I get back to you?” Or we can call it off permanently and say, “I will never want to have this conversation with you.”

When learning to use the Five C Continuum, it is important to revisit how mistakes were handled when we were children. If we were severely punished and shamed for making mistakes as a child, then we think it's quite normal to punish and shame others for making a mistake. But if we were counseled and forgiven for making a mistake and taught what we could learn from making that mistake, then we're predisposed to offer that same grace to others.  We must ask ourselves whether we want to continue the patterns learned in our childhood or as an adult, do we want to make different choices?

“You have more choices. There is no law that says you have to act out the patterns of your childhood. You have to know what they are. And secondly, decide whether they're working for you or not working for you.”

What if Instead of Calling People Out, We Called Them In? – New York Times Article

Calling In the Calling Out Culture: A Continuum of Accountability – Loretta J Ross Speech

“I Hope We Choose Love: A Tran's Girl's Notes from the End of the World” – Book by Kai Cheng Thom, Arsenal Pulp Press, 2019

“Calling IN: A Less Disposable Way of Holding Each Other Accountable”– Article by Ngọc Loan Trần, BGD, 2013

“We Will Not Cancel Us: And Other Dreams of Transformative Justice” – Book by Adrienne Maree Brown, AK Press, 2020

“The Body Is Not an Apology: The Power of Radical Self-Love” – Book by Sonya Renee Taylor, Berrett-Koehler Publishers, 2018

“Reproductive Justice” one of her first pieces written alongside Rickie Solinger 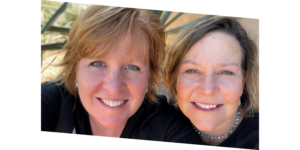 Therapist Uncensored is a top-ranked podcast delivering the relational sciences and whatever else we feel may heal humans. Sue Marriott LCSW CGP and Ann Kelley PhD are hosts of the show, they ensure that this life-changing information remains free and accessible across the world.  Join their Neuronerd Patron community here.