TU137: Holding Your Own S5, Malignant Narcissism (5th in a series)

Holding Your Own with Challenging Personalities – staying (or becoming) secure in relationship with those with the most severe sort of personality structure – malignant narcissism.

Accusations are their confessions. In this episode learn why we elect, promote, excuse and love those with malignant narcissism and its tendencies. Sort out the other forms of self-involvement, psychopathology and anti-social traits from this dangerous personality structure. Sue & Ann finish out their series on Holding Your Own with Challenging Personality Traits – this is session 5 of 6. Find more here www.therapistuncensored.com

We all have elements of self-centeredness and narcissistic traits. However, when it becomes more engrained into our personality structure, that is where the problems can arise. Narcissism, at its core, involves a sense of entitlement, exploitation and extreme self-focus that loses touch with one’s ability to see the needs of others.

Grandiose and covert narcissist can become so self-involved that they can completely dismiss others in extremely painful ways as discussed in our previous episodes. However, they generally continue to hold relationships in value. Their primary difficulty lies in the tendency to idealize and devalue, which often leads to feeling misunderstood and mistreated. Thus, they can lack guilt because they often see themselves as right or the victim to injustice. However, when they do discover that they have wronged someone, they can feel significant guilt and shame.

In malignant Narcissism, there is a general void of guilt and shame. Instead, there is a combination of antisocial traits, paranoia and vindictiveness that often leads to acting out in intentionally harmful ways. In Malignant narcissism the value placed on others is primarily based on utility – what others can do for them. The relational aspect is void. They do not have access to guilt of felt shame. This has been cut off.

Malignant narcissist expects extremely loyalty at all costs. Loyalty to them, not to ideals.  If you are with me you are with me! If not, you are against me. This type of thinking leaves open rational for retaliation and extreme  vendictivness.

One way to know if our relationship, family, company or country is being run by a malignant narcissistic ruler, is to recognize that those under them are in a constant state of fear and threat of the disloyal “other”.   In many countries across the world, including the US, we have found ourselves and our nervous system in a constant state of threat and fear. This divides us. The “other” is a source to mistrusted to be fought against.

One sign of a malignant narcissist is the cool and coldness with which they can seek revenge in a calculating manner. If you are in a relationship and you see signs that he/she justifies revenge for mistreatment, that is something to take not of, especially if this revenge is sought with a sense of pleasure at the suffering of the other.

If in a relationship with someone that has malignant narcissism, there is little hope of change. The focus must be for you to protect yourself, seek support and safely get out of the relationship. They may use their sense of loyalty and disloyalty as a weapon to keep you in. Remember, loyalty should never involve fear of retribution.

As we finish out this series, we know you  now have a good understanding of some of the challenging styles to engage in relationship and we've saved the toughest for last.  In this episode we sort out the difference between self-centeredness, narcissism, anti-social personality and malignant narcissism.

This series builds on itself so we recommend that you listen to the previous sessions first before jumping into this episode, but if that isn't your cup of tea, then by all means, the episode will be solid on it's own.

Power dynamics in this form of narcissism

What does shame and guilt have to do with how challenging personality traits show up?

Hey friends – we know most of you aren't in this situation but if you are we want to be a resource.  We can't say if you should or shouldn't leave – that's a highly personal and seriously safety-dependent question.  However we can say that we believe you, you aren't alone, and there is support once you get ready for that.

United States:  Click the image to the left for help! 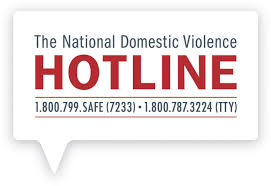 Not in the US, no problem:  International lines for domestic violence help click here

Many areas have local resources so look for those as well.

OK friends if you have found the bottom of these show notes then you are our people.  Find us on Facebook @austinshrinks and from there, join for free our discussion community.

If that is not enough, consider purchasing our signature (4 hour!!) course and use “ourclan” to get a discount on enrollment.  It's Not Me It's My Amygdala Advanced Course Connecting the Science of the Mind to the Amygdala

Finally, we invite you to join our patron Neuronerd community for some occasional bling and behind the scenes stuff, as well as helping to keep us Ad-Free!!!

Thanks for stopping by – we really appreciate you and hope this show provides even a tiny inspiration. xo
Send Us A Voice Message

TU141: How We Become the Person’s We Are with Dr. Alan Sroufe, Attachment Through the Lifespan

Attachment Through the Lifespan - Leading attachment researcher Dr. Alan Sroufe shares the summary of his (and his team in Minnesota) decades of research looking at attachment though life. They followed individuals from birth through infancy and toddlerhood, to school...

END_OF_DOCUMENT_TOKEN_TO_BE_REPLACED 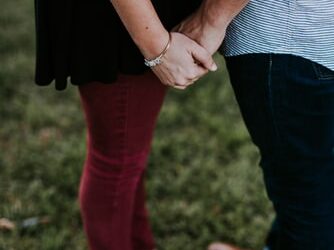 TU140 – Couples Therapy Through the Eyes of Experts: Ellyn Bader and Peter Pearson

END_OF_DOCUMENT_TOKEN_TO_BE_REPLACED

Dive into hook up culture, locker room talk, and the modern shifts in youth sexual behavior and health. Peggy Orenstein, NYT best-selling author, unpacks her new book “Boys and Sex” with co-host Ann Kelley. In this peak behind the curtain of the experience of young...